My stomach begins to float. I sense my face slowly drain, and it’s not so much the slaughter as it is knowing I’ll be drinking from the creature’s neck. But my expression does not change- remaining stern, confident. Besides my lifelong urge to constantly be pushing my boundaries, as the only female out for the sacrifice, I feel a duty to my fellow woman to keep my shit together.

The youngest of the tribesmen pays respect before flipping the goat onto his back. The kill is humane, and the poor thing passes well before blades are drawn.

Once the moment arrives, I feel my body clinch. "Relax", I think to myself. I don’t look away though I feel a tracing down my gut as they begin to butcher from chin to chest.

Two of the most eager drop to their stomach to indulge first. I am invited third. I approach and push down the tall grass to kneel. They hold taut the hyde attached to one side of the neck, like a pouch to collect blood. I bow. I drink. "Mortality tastes a lot like copper."

The figures, the dances, the beads- most have seen little other than this in regards to Maasai culture, but their day-to-day life is far more complex and interesting than the world would imagine. I had the rare opportunity to skip the touristy bits and delve further into one of the planet’s last remaining tribes.

Immediately upon entering the village, six Maasai women push and pull me into one of the nicer enkaj, a hut built by the women using mud, manure, grass, and sticks packed around small wooden frames.

I discover that it belongs to the Chief’s second wife, Naserian; her and I get along well despite not sharing much of a common language and the fact that I’m in her space to document for total strangers how she and hers live. Twelve hands begin removing my clothes and adding ones that are foreign to me; I had, however, researched a few things before arriving. Originally crafting from bone, sticks, clay, shells, and dried grass, Maasai are famed for their brilliant bead work. This jewelry is iconic and carries deep meanings that reflects their culture. Colors are symbolic to the lifestyle and expresses their love for nature, livestock, and each other.

Boys between the ages of 12 and 16 wear black during the days leading up to their circumcisison, a rite of passage for Maasai men.

Emerging from the enkaj, the men have already begun the adumu, the “jumping dance” many visitors are familiar with.

I am shown the education which Maasai children receive. In addition, to their traditional culture and living, kids attend schools outside of the village, both later primary and secondary. Children shy of a year are introduced to several languages, including a decent grasp on English.

They go on to open up to me about how the children are shown to handle tourists. Upon visiting, you might find many tourists trying to snap photos of Maasai and other locals, and often, you will see these individuals request compensation for having their image taken. The level of intensity for this varies throughout villages, but you can expect to get pushed for more cash the closer you are to places that are also tourist attractions (i.e. Ngoro Ngoro Crater, outside the Serengeti, etc.). While this can feel like a tourist trap, one doesn’t often see Maasai flashing serious gemstones or cruising in sports cars. The money is often used for water and food during the Dry Season and barter with other tribes.

Tourists often become upset at the idea of having to pay for a photo, but it is dehumanizing to use people as props simply because they fit an aesthetic for a picture. Could you imagine someone coming into your home and snapping pictures of you every which way without permission because "they paid to be here"? Get to know the people. Ask permission.

Next to the school resides the Chief’s first wife. I am told that a unique form of polygamy is the practiced form of marriage. Being a patriarchal culture, men are permitted more than one wife, each with her own home. The husband moves from enkaj to enkaj, while the women, who are only allowed one husband, remaining in hers. One patriarchal custom I found unique among the Maasai is the sharing of their wives ("Wife Swapping"); this also varies from tribe to tribe. The small, remote village I visit followed these general guidelines: If a male from a neighboring Maasai village is traveling by and in need of a place to stay, he is usually welcome. If the man is a different age than the host, he is given a traditional B’n’B stay; however, if he is of the same age as the host, he is welcome to sleep with the wife on the home. This does come with the chance of the wife becoming pregnant with a baby that doesn’t “belong” to her husband. I place quotes around ‘belong’ as, despite this being known by all, the husband will adopt the infant as his own.

Maasai adore their children and are encouraged to have many for both work and legacy. Jobs for the young include herding, daily errands into town or to gather water, and for the adolescent males, hunting and helping preform sacrifices.

I am invited to watch.

The Maasai men grow silent and their statuesque figures, tall and lean, seem to dome over me. This is rarely an activity for women- much less non-Maasai, and they can't quite believe it. As I sit back, I am greeted by cheers- more importantly, genuine eye contact and laughter.

Note from the author:

As a Mexican Indigenous woman, I understand the sensitivity that might arise from my being light-skinned and wearing traditional African dress. I would like to make transparent that I wore my own clothes to the village, bringing with me blue cloth and a belt in case I was permitted to drape them over me for a photo, but before I got the chance to ask about the etiquette, I was pulled into the chief’s second wife’s home by six of women, undressed by 12 hands, and then quickly wrapped in what I was later told by the chief was appropriate for a woman of my position and origin. 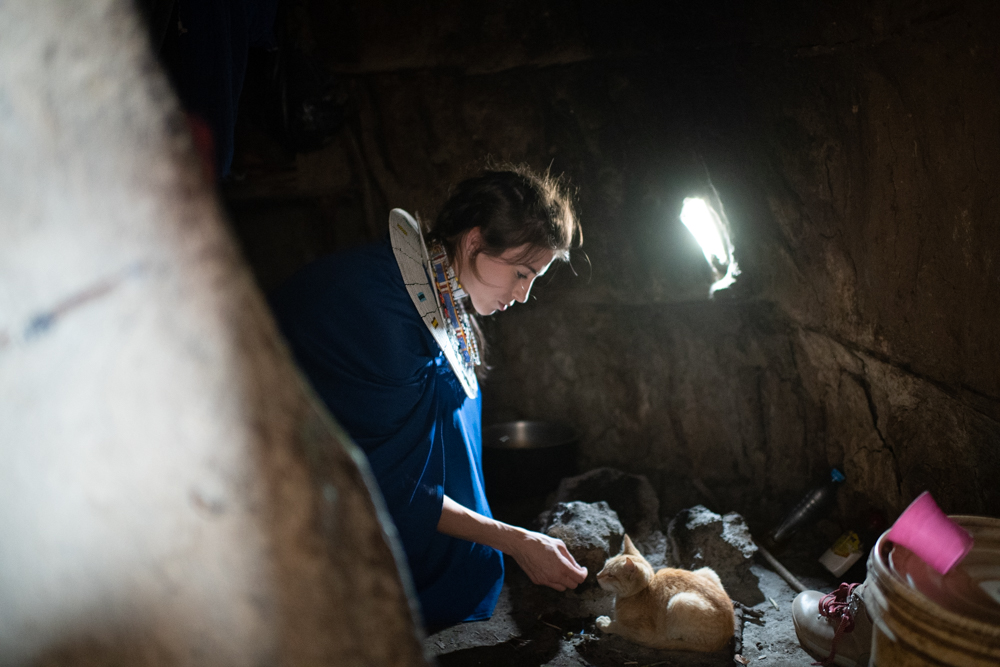 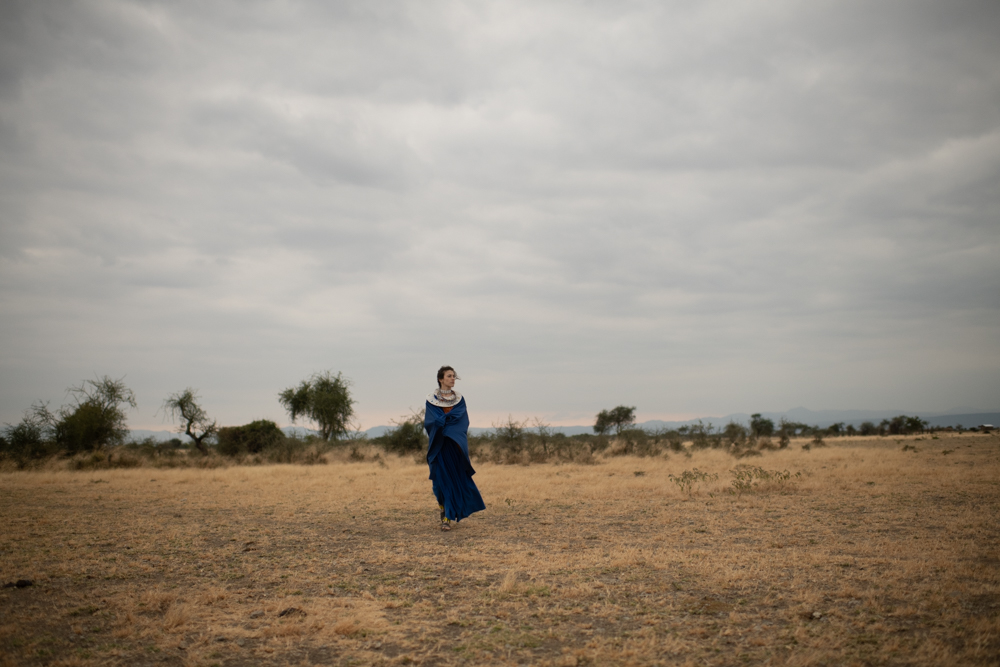 Traveling the World with No Money