After decades of political strife, Cuba and her humans draw from the mysticism of uncertainty and live to embrace the present moment. Wearing heart and history on their sleeve- the streets, the cars, the style, the people are truly a unique work of revolutionary art.

Despite what many U.S. citizens are made to believe, it is legal - and fairly easy - to travel to Cuba, and 2020 is shaping up to be a wonderful year to make a visit to the crocodile island, nicknamed for its reptilian shape. Throughout the last decade the Cuban government has made it more accessible for citizens to own and run businesses. This allows for both the Cuban people’s benefit and more services being made available to visitors at a better price!

Even more recently, in the last several years, there has been a massive surge then drop-off in tourism; thus, allowing locals the money and time to refurbish their homes and businesses. With improved establishments and far less tourists crowding the streets, now is without doubt a brilliant time to travel to Cuba.

Here, I hope to offer a quick glance into Cuba’s history, a look at current relations with the United States, and a few tips and tricks for a successful journey.

Many things about the way Cuba’s system is structured might not seem to make sense - even to the locals - which is why it is helpful to have a loose understanding of the island’s history when trying to understand the current framework of regulations. Indigenous genocide, slavery, two wars for independence, corruption, and revolution have all been major events that have molded the history of this little country next to giants.

This brief video by Vox is a favorite for outlining the tensions that have torn through Cuba since the slave trade.

In regards to relations with the United States, the Cuban people have given up trying to predict what will happen next, but they remain hopeful and welcoming.

As it stands, most Americans are unsure or believe it is illegal to travel to Cuba; this is not the case! First, realize that it is completely legal for United States citizens to travel to Cuba. The way our regulations read can seem confusing and daunting, but this is simply governmental fear-mongering to deter us from visiting. The main concern of the U.S. government is U.S. citizens patroning state-run facilities, thereby indirectly supporting the Cuban government.

In other words, traveling to Cuba to patron privately owned guest homes and restaurants is completely legal. Learn some of the culture and Spanish, take a salsa dancing or cooking lesson, chat with the locals. And just like that, you have qualified to travel to Cuba under the Support for the Cuban People travel category.

Many U.S. citizens who don’t want to deal with the hassle will book a connecting flight through Mexico or Canada to avoid dealing with U.S. policies altogether. And while this harmless deception seem convenient, the best way to deal with the rules is to simply comply with them. As they are more bark than bite, perhaps the most rewarding experiences for a traveler in Cuba can be had while fulfilling these regulations, as it means you are interacting with the Cubans and their culture every day, and using privately owned Cuban businesses, which provide far superior and personalized services to those that are government run.

While tourism can be an unstable way to make a living, it creates job opportunities, which is important as agriculture has become difficult to sustain in many places. Needless to say, when the travel floodgates do open, I predict the Cuban people shall handle it with grace and adaptability. Change happens quickly on the island, often without warning or in ways that don’t make much sense, so, as with most things, Cubans wear it well.

There are two types of taxis in Cuba:

A tourist taxi is a traditional, private taxi where the price can be negotiated. Yes, you can negotiate the price. Drivers will shout out random prices simply because they know tourists are willing to pay. Costs can add up very quickly if you're not careful.

In a shared taxi, or taxi collectivos, has a fixed price. Pickup and drop-off spots are also fixed, so you won't be dropped off directly in front of the stop. There are no set pickup spots, and it's pretty difficult to explain, which is why it can be helpful to ask your host or guide to arrange this for you. Often these are also classic cars that have not been repaired, so there will likely be no air conditioning, you'll be sitting in a car/truck full of locals or other tourists, and it's unlikely that anyone in the car will speak English.

From City to City

Viazul is the official bus company for transportation from city to city. It is advised to show up at the Viazul bus station 1-2 days ahead of time to purchase tickets before they are sold out, which often happens, leaving the city-to-city collectivos.

Right outside of the bus station, you'll find drivers who are offering shared rides from city to city. They can also pick you up at your casa/hotel and drop you off at your desired address in the final destination. This is typically the same price as the bus.

Pro Tip: Ask if drop-off at your preferred destination is included in the price.

As with the realm of cuisine, accommodations in Cuba can be split into state-run facilities, such as the hotels and certain expensive guest residencies, and the privately-owned accommodations, like hostels and bed-and-breakfasts.

Casa particulars, or privately owned guesthouses, would be the ideal choice regardless of regulations your country follows as they are frugally priced but maintain all the amenities you would find in one of the upper scale hotels of Havana plus meals available.

When conducting your travel research, you may stumble upon mixed reviews of Cuba’s culinary scene, but it is all about where you go. The nicer, more expensive restaurants are typically state-run facilities which are known to serve leathery cutlets and limp salads; tourists still opt for these options as they usually trust that quality will follow where the dollar signs stack up- and this food is certainly more pricey.

As with so many places around the world, the best food in Cuba is found in the kitchen and homes of the country’s local peoples. Private establishments, restaurant particulars, and street-side paladares carry the best priced and most intentionally made cuisine on the island. 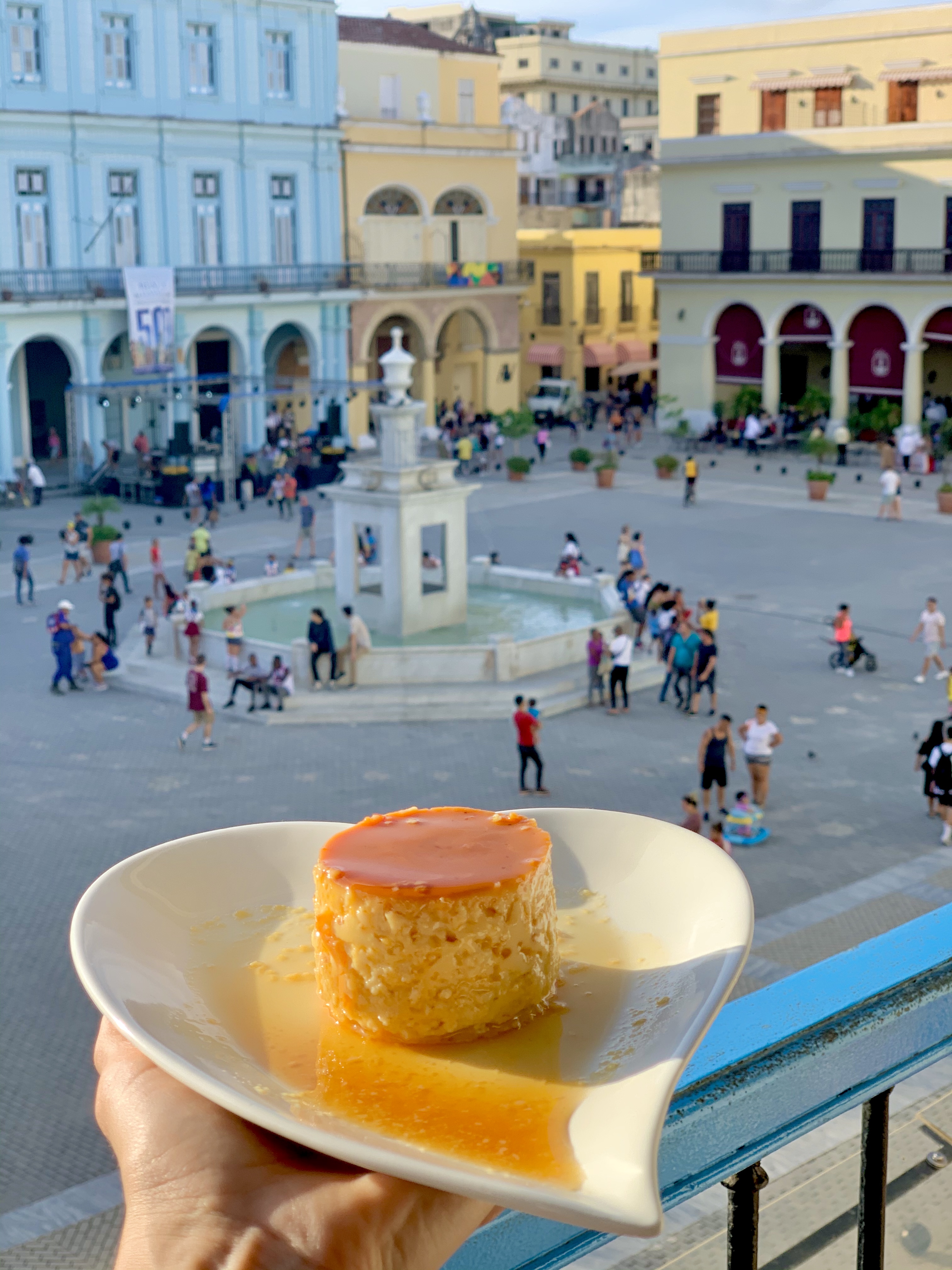 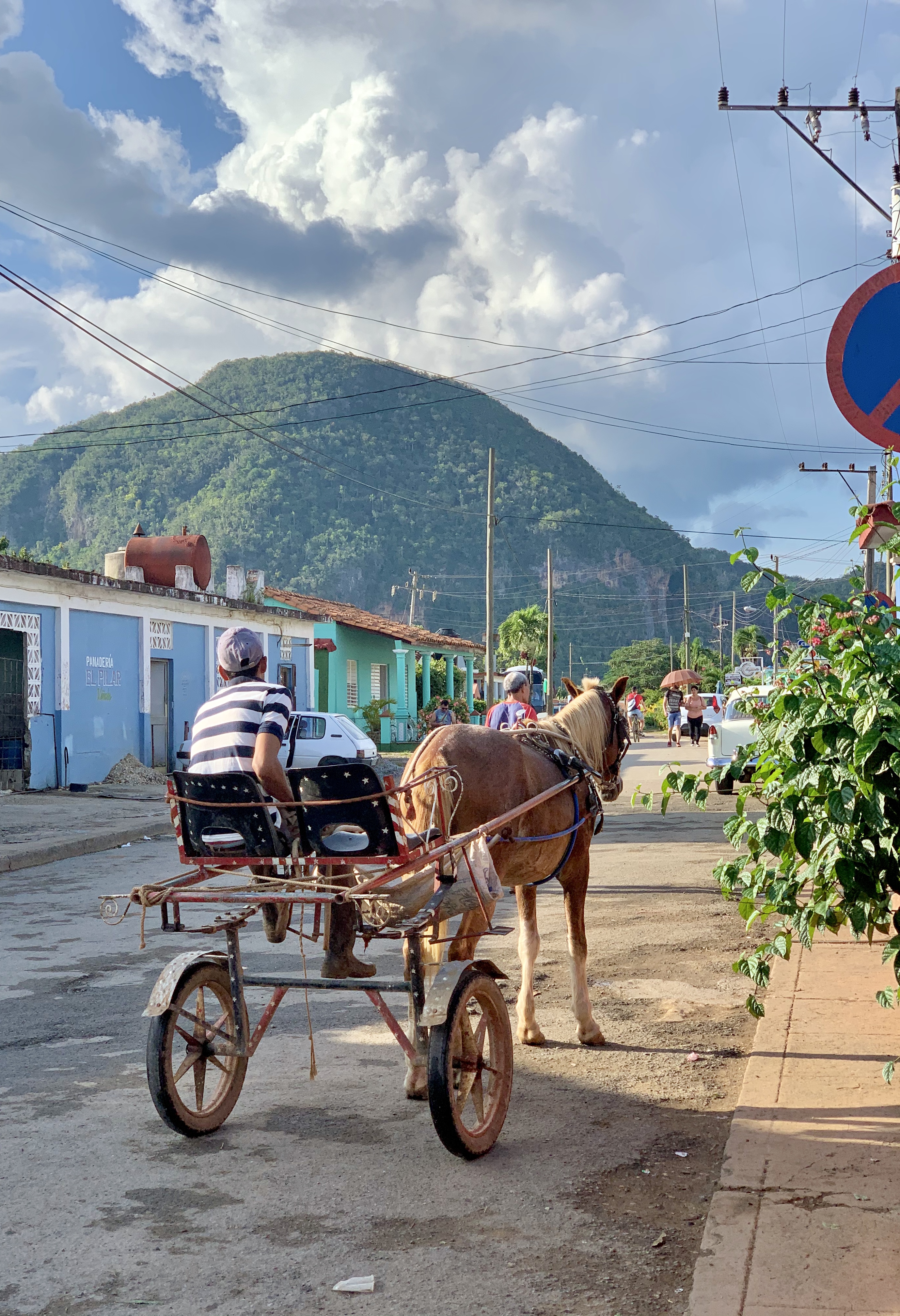 Why Hire a Local Tour Company

When looking to hire a tour guide or group for your trip to the island, it might be interesting to note that most larger tour companies will outsource services to local companies. This is common in tourism and the world of business and is called white-labeling. Save money by cutting out the middleman and hire a locally-run operation. Locally run tour companies work with trained and licensed local guides to bring you the most authentic experience possible.

Private guides allow for personalized holidays. They know someone for everything. Where to hire a bike, more secluded spots on the beach, best times for photos, best night clubs, and ways to make friends with the locals. Guides help with finding the best/cheapest/most authentic places to eat. Where to find the best views… you get the point. Lots of vendors on the street offer similar things, but your guide is trustworthy (and licensed) which is taken seriously here in Cuba.

The transportation infrastructure of Cuba is very limited, with Viazauls or shared taxis. But a guided tour will secure you reliable, safe, and most likely air-conditioned transfers; usually door-to-door service and the same driver throughout your trip, so you save you time, money, and create friendships along the way.

Things to Know and Travel Tips

Regarding U.S. policies and paperwork, whatever category you choose to travel under - Support for the Cuban People - or otherwise, be consistent when declaring your reason on all official forms. Most issues arise from individuals being inconsistent and marking multiple reasons.

Check to see if your Travel Visa / Tourist Card is included with your airline ticket. While it often is, this is not something you want to have to deal with upon arrival.

You need travel insurance. I know many bloggers suggest this for every trip, but Cuban officials will often ask for proof of health insurance upon arrival while checking your documents.

Cuba has two types of currency. The CUC (Cuban Convertible Peso) used by tourists and the CUP (Cuban National Peso) used by locals. The CUC is fixed 1 to 1 with the USD and it’s the currency that you will use while on holiday in Cuba. The locals use CUP, and the exchange rate is 25:1 CUP to the CUC.

Due to the economic sanctions currently in place, U.S. citizens are still unable to use bank cards (i.e. debt and credit cards). Must bring enough cash for the whole of the trip or purchase a foreign prepaid debit or credit card from Canada or Mexico.

A little Spanish goes a long way. Most Cubans do not speak English, so brush up on some basic travel phrases or download Google Translate before arriving.

Before arriving on the island, download the app Maps.me and pull up information for Cuba. This app will allow you to access and mark locations around Cuba while offline. It is easier than paper maps and is actually more updated than Google maps. You will not be able to download this once on the island, regardless of if you are connected to Wi-Fi or not.

Do not expect readily available Wi-Fi. While Wi-Fi around the island has been rapidly improving, it is not as convenient as many travelers are used to having. You must purchase an internet card, for which you are charged about $1 per hour, and remain within the Wi-Fi hotspots around town while using. While speed is generally reliable, some websites and apps will not function while there.

Havana, Viñales, and Trinidad can all be easily walked; be ready to sweat a little.

You are not able to drink the tap water in Cuba, so bring a filtered water bottle, such as this, for convenience, to cut down on plastic waste, and save money.

Cuba is not a dangerous travel destination. Like most places on earth, scams can happen, but they are generally harmless and happen due to lack of financial resources. This is simply avoided with the use of common sense and being comfortable with telling pushy individuals “no.”

Do not judge or draw conclusions about cultures and people until after you’ve gotten to know them, and know them well; many of the things you hear as an American are government-fed propaganda, which is out of date or simply untrue.

Information from My Time in Cuba

Cuban Adventures is an award winning, legally registered group tour company operating with their own team of trained local guides since 2005. As locals who are dedicated exclusively to Cuba, they are true Cuban travel specialists.

Social Justice and the Climate Crisis